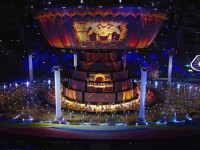 The 2013 Summer Universiade (World University Games), held from July 6th to 17th in the city of Kazan, located in the Republic of Tatarstan, Russia, was made all the more successful by the use of LIGHTCONVERSE visualization software and hardware products for pre-show preparation in addition to live use during the Opening Ceremonies, held on July 6th. The main production director of the ceremony was Aleksey Sechenov, who, along with organizers Igor Krutoy and the company group KaTri, were the imaginative and resourceful engines behind the spectacular event.

With over 10,400 university athletes from 162 countries participating throughout the 27th Universiade (second in size only to the Olympic Games), the Opening Ceremonies, with more than 45,000 in attendance at the newly built Kazan Arena, provided a fine showcase for LIGHTCONVERSE, an innovative Ukraine company with a line of multiple award-winning products. 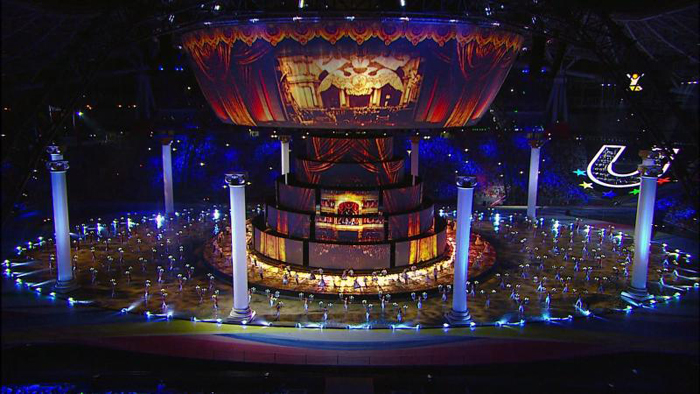